What is Termux comprehensive explanation 2020

Termux is an emulator for Kali Linux on Android, and it is an open source application that adds a Linux command environment to your phone without the need to root your phone or install an external system or modified ROM, it is enough to install it directly via the Google play application store and the application provides many additional packages using The popular APT package manager on Ubuntu

First: What is Termux! 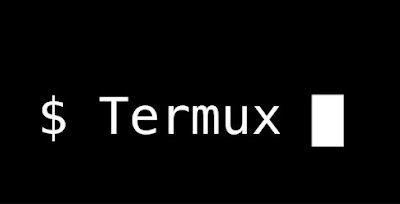 How important is Termux?

Penetration Lab uses a system loaded with a set of Packges, but those original packages in the system to continue work need the latter to install other new packages that do other work for its benefit as Metasploit provides a set of tools that it can use, the small software does not come with a graphical interface and not Within the applications you can install it from the Google Play Store, what is the way to get it?

It comes as Termux, which provides the ability to install packages using the Linux environment and also its Termina. The application saves all packages inside. You can also run packages and execute commands as needed. You can extract the names of all packages by executing the "pkg list-all" command.

If you deal with the Linux system and the terminal commands (command line), I do not think you need this explanation, because the application works the same as the Terminal method, but it is okay to mention the steps of its work, and in the following is an explanation of the application in order from installation to tools.
Android is a capable operating system, as it offers many apps that approach desktop class. Yet sometimes, it takes a fair bit of effort to accomplish something on Android that would be a snap on a desktop.
One solution is to take advantage of Android's hidden Linux infrastructure. The Termux app provides a command line environment and allows you to install honest-to-goodness Linux apps on your Android device. Here's how to use the Termux app.

Termux is a super-compact offering that opens a lot of functionality for your Android device. The command line is one of the most powerful features of Linux, and Termux builds on your device's Linux kernel to make you more efficient on the go And who knows, maybe dabbling with these apps will convince you to try Linux on the desktop as well. Check out our Linux commands cheat sheet for some help giving it a try.

We await your opinion in the comments.....